There’s less than 60 days to go to the 2012 Olympic Games and the interest is building. 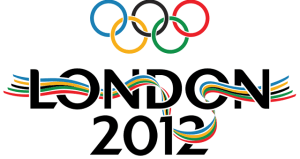 Ballymoney RP Church invites you to hear about local ambassadors for sport who have been and are an inspiration to many in our town, our community and farther afield.

Are you ‘Ready for the Challenge’ on Tuesday 24th April when the story of Olympic Athlete Eric Liddle will be told through the inspirational film “Chariots of Fire” which tells about ‘the joy of the strong man in running the race’.   Admission is free and the film show starts at 8.00pm

On Wednesday evening 25th April at 8.00 pm you are invited to hear about the ‘Qualities  of the Sportsman’  as Howard Beverland, Coleraine Football Club, and Roy Walker former Irish League Football Manager will tell their own individual stories and speak of their passion for the game.  In any game of stamina and skill there are those who “run and are not weary, who walk and do not faint”

Not many people can claim to have run a marathon, and even fewer can lay claim to having ran six marathons in six days.  On Thursday 26th April at 8.00 pm Robert Robb will speak of his interest in running and as Northern Ireland’s Marathon Man took up the challenge of completing six marathons in six consecutive days.  Come and hear how he succeeded in this challenge, and  how he “runs with endurance the race that is before him”

Everyone who participates in a competitive sport has one goal and that is that there will be ‘Victory for the Winner’.  On Friday 27th April at 8.00 pm – Ruth Sutherland (nee Forgrave) of Ballyclare Hockey Club & formerly Ballymoney Hockey Club, will speak of her participation and progress in the game and key decisions in her sporting career.   With a competitive spirit, all athletes, players and competitors have a common goal at the end of each event and have the hope that they are able to say “I have finished the competition / race and received the victory”.

You are invited to hear our own local ambassadors who will inspire you as you listen to their journey and progress in their respective sports.  All meetings held in the Old Court House Charlotte Street Ballymoney. Everyone will be warmly welcomed.